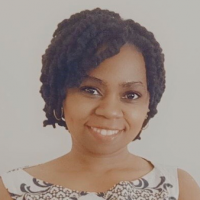 Medical Doctor with public health experience in the design, implementation, monitoring, and strategic leadership for public health programs in Kenya.

Effect of Removal of User Fees on the Utilization of Curative and Preventive Services in Tier II Health Facilities in Maragwa Sub-County, Kenya

On 1st June 2013, the user fees waiver policy was implemented in all public primary health care facilities in Kenya with the aim of increasing the uptake of primary health interventions.

The objective of the study was to assess the effect of the user fees waiver policy on the utilization of primary health care services in tier II health facilities in Maragwa sub –county.

A retrospective longitudinal study design was used to assess the monthly service uptake of preventive and curative interventions in a census sample of 19 tier II health facilities (13 public and 6 private) in Maragwa sub-county over a seven-year period between June 2011 and May 2018. A Mixed-effects Poisson Regression was used to test whether the removal of user fees affected the utilization rates for preventive and curative services in public facilities, and whether the utilization rates differed between the public and private facilities in the period before and after the policy change.

Study findings showed that the policy change did not impact the mean monthly utilization rates of preventive services and there was an overall reduced utilization of curative services in the public facilities. User fees abolition is therefore in itself not adequate to increase, or sustain an increased uptake of primary health services. All aspects of health service delivery need to be addressed to meet the increased demand and sustain an upward trajectory in uptake of primary health services. 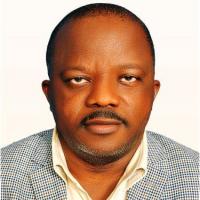 Dr. Gorbee Gabriel Logan is a Liberian, a Christian, and was born April 10, 1975. His parents (Liberian) are deceased, but have 5 biological brothers and 2 sisters alive.

In 1989 and 1994, he completed his primary and secondary education at Ricks Institute (Virginia, Monrovia) and Monrovia College High school (Clay street, Monrovia), respectively. Dr. Logan then enrolled at the University of Liberia (UL) in 1995 where he did his undergraduate degree (BSc.) in Biology (2001) and also completed his Doctor of Medicine degree at the UL, in 2009.

He is married and blessed with 3 living children (2 boys and 1 girl). Dr. Logan is a Lecturer (16 years) in the department of Biology (UL), has practiced clinical medicine including health system management for 9 years and served in the positions of hospital Medical Director and County Health Officer, Ministry of Health, Republic of Liberia.

In September 2017, he enrolled at the University of Nairobi/Kenya - Postgraduate Masters of Public Health (MPH) program and completed same in February 2020. He also acquired several advanced certificates (M&E/Project management/leadership and Management) from Kenya (Amref, 2016) and the USA (UOW, 2019). Currently, he is an Assistant Minister of Health for Curative Service, Ministry of Health, Republic of Liberia.

He became known worldwide for his innovation in the fight against Ebola (West Africa, 2014/2015) by using HIV-related drug to treat EVD and got survivors. He has travelled to several African countries including Europe and the United States of America.

DETERMINANTS OF PREECLAMPSIA AND ECLAMPSIA AMONG WOMEN DELIVERING IN COUNTY HOSPITALS IN NAIROBI, KENYA

Background: Preeclampsia is defined as the onset of a new episode of high blood pressure in a woman usually after 20 weeks gestation plus proteinuria, whereas eclampsia, is defined as generalized seizures in a pregnant woman who generally has preeclampsia criteria. Preeclampsia and eclampsia are hypertensive disorders of pregnancy and among the top causes of maternal death worldwide. The objective of this study was to investigate risk factors for preeclampsia/eclampsia.

Methods: A hospital-based unmatched case-control study carried out among women of reproductive age (15-49 years) who have given birth at Nairobi County Hospitals and admitted to the postnatal ward July-September, 2019 with a sample size of 352 participants (88 cases and 264 controls). All cases were selected, while controls were simple random sampled, as per eligibility criteria. Data were gathered using a structured interviewer-administered questionnaire and data abstraction tool. Data were analyzed using Stata 14. Descriptive analysis followed by bivariable and multivariable mixed-effect logistic regression analyses were carried out.

COVID-19 multi-media training project will be launched at the University of Nairobi on 24th November, 2021.

© University of Nairobi 2021.  All rights Reserved.